The rarity of diamonds is an added value to determine its worth not only as a form of jewelry but more so, as an esteemed constituent of our mineral and industrial resources. This industry accounts for billions of revenues to the global economy, especially to diamond-producing countries.

Discovering diamonds is not a common sighting. It takes years of exploration, regional sampling schemes, and airborne geophysical surveys to find that precious stone. As geologists and mining experts proclaim, pursue searching for an expanse of kimberlites and obtain diamond deposits on ground.

The value of kimberlites has become absolutely important, as this volcanic rock is a vital component of diamond exploration and happens to be the most essential source of mined diamonds.

In fact, on the recent Diamond Insight Report, De Beers claims that for the past 140 years of hunting kimberlites and other high-quality minerals, almost 7,000 kimberlite pipes have been sampled by geologists, and about 1,000 of these are diamondiferous in nature or diamond-producing minerals. 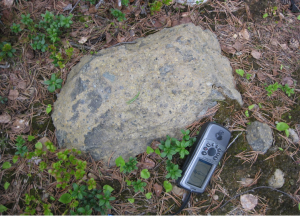 IN PHOTO: A large, unsampled piece of weathered kimberlite float remains at the Black Wolf site in Finland

While there is no doubt that the diamond industry is a significant force for sustainable growth, Arctic Star Exploration Corp., a junior natural resource company composed of a highly experienced diamond exploration team based in Vancouver, British Columbia, continues to live up to its commitment to the responsible acquisition, exploration and development of mineral properties to sustain the gains people receive from the industry and to keep on delivering a pool of welfares, which range from strengthening livelihood and local employment to boosting economic development. 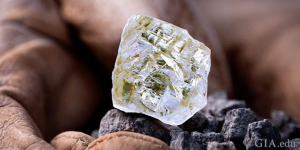 IN PHOTO: The 187.7 carat diamond Mine in the remote Northwest Territories of Canada, 220km south of the Arctic Circle

Arctic Star Exploration Corp. has brought its exploration program to other parts of the world to continuously unearth the potential existence of kimberlites. The Company’s latest spring drill program in the Northwestern Territories resulted in the discovery of a large Sequoia Kimberlite Complex in Diagras, Lac De Gras, where five kimberlites named Birch, Sequoia, Alder, and Cedar are found. 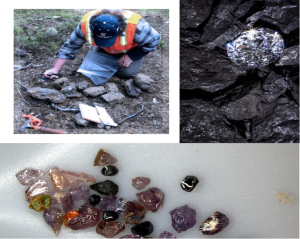 IN PHOTO: Exploration team of Arctic Star Exploration Corp. discovers kimberlites in its Diagras Diamond Project in the Northwestern Territories

As demand for diamonds multiplies, the Company continues to beef up its exploration program by conforming with safe and ethical diamond mining practices and integrating innovative drilling activities, advanced laboratory equipment, and a skillful workforce.

This, in effect, resulted in recognizing the diamond industry as a profitable venture. More and more tycoons are starting to invest in mining exploration companies like Arctic Star Exploration Corp. Beyond the goal of discovering kimberlites that yield diamonds, the Company eyes a sustainable business that drives long-term benefits not just for its stockholders, but for the welfare of the global economy that benefits a large number of people around the world.

Contrary to what the community perceives towards mining activities, Arctic Star Exploration Corp. establishes certainty and conviction that diamond exploration can promote the common good, stability, and social and economic progress.

Arctic Star remains true to its commitment to build shareholder wealth through the exploration of diamonds and rare minerals beneath the Earth’s surface while maintaining ethical and environmentally sustainable practices.