Vancouver, British Columbia – Arctic Star Exploration Corp. (“Arctic Star” or the “Company”) (TSXV: ADD) (Frankfurt: 82A2) (WKN: A2DFY5) (OTC: ASDZF) is pleased to report the more detailed geological logs for the Sequoia kimberlite. The core has been logged in Yellowknife by Dan Gainer, P. Geo. A geologist who is knowledgeable in kimberlite geology.

Table 1 summarizes the geology from the two Sequoia drill holes. Kimberlites are relatively small volume volcanoes and volcanic rock terms are applied to describing the different rock types. The term Volcanoclastic means that this rock was formed relatively near surface and that the material was part of probably explosive eruption. They are fragmental rocks and the matrix consists of either muds derived from the surface or ash derived from the eruption, or combinations of these. Often the fragments are dominated by the local country rock the kimberlite intruded into. Kimberlite clasts also occur along with crystals (xenocrysts) from the mantle and the kimberlite melt.

The term Coherent kimberlite describes a fragmental rock where kimberlite fragments dominate, the matrix consists of kimberlite. This rock type is thought to be intrusive or extrusive.

Other visual aspects of the core are the presence and abundance of indicator minerals. Diamonds are formed at >150km depth and under great pressure and subsequently brought to the surface via the eruptive kimberlite event. Along with diamonds and in 2 to 3 orders of greater abundance come other unique minerals (indicator minerals), as they are also formed under high pressure. Indicator minerals were noted in all the rock types observed in the two Sequoia drill holes. The Coherent kimberlite and the lower Volcanoclastic kimberlite are thought to have the best diamond potential due to the abundance of indicator minerals and the coarse grain size. There are other aspects that control the diamond content so it needs to be noted that a rock that is considered to have high potential will not necessarily contain economic amounts of diamonds.

Table 1 Summarizes the geology from the Sequoia kimberlite hole, DG-2021-04

The NQ size kimberlite drill core was mechanically split and sent to SRC laboratory in Saskatoon. Samples were sent in 8 kg charges (which represent approximately 4.3m of core separated by geology where possible). Table 3 lists the samples sent for the Sequoia kimberlite. Once all the samples from each kimberlite are processed, the laboratory will release the results.

The following figures give examples of the kimberlite types and indicator minerals found at the Sequoia kimberlite. 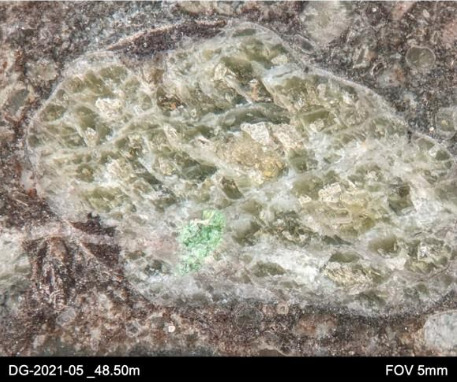 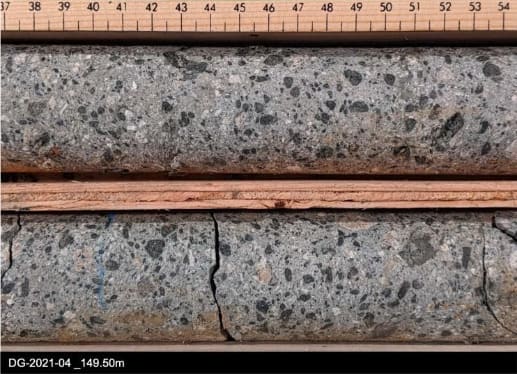 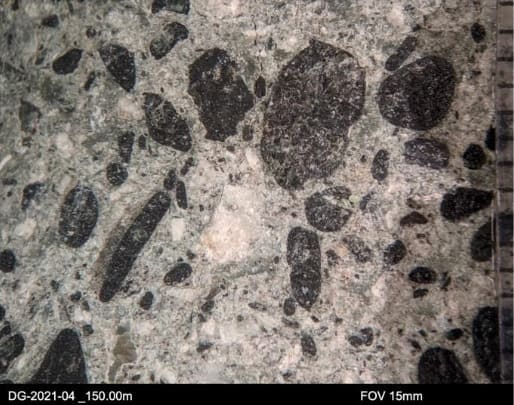 Figure 2: An example of Volcanoclasitc kimberlite from, DG-2021-04. 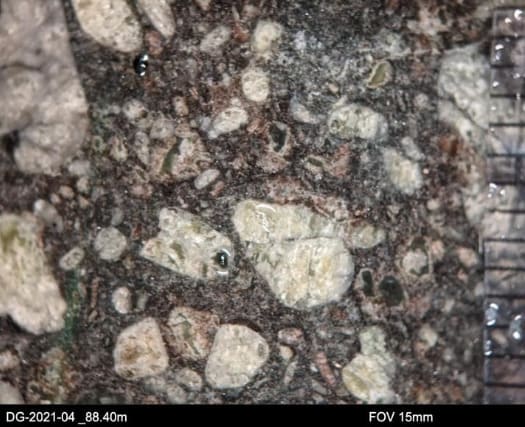 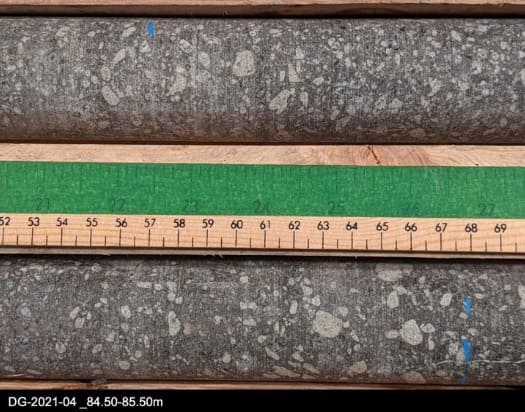 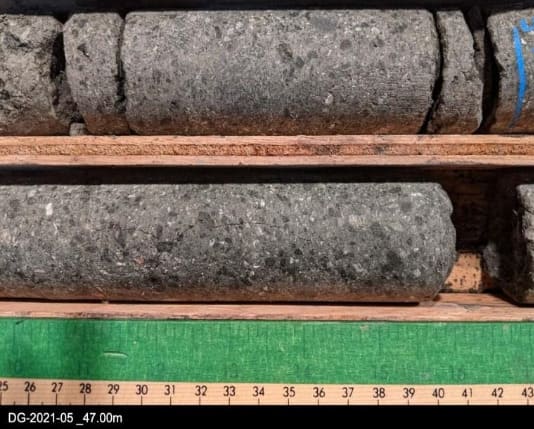 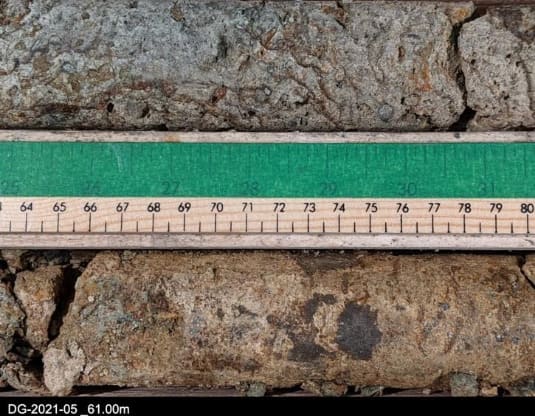 The Qualified Person for this news release is Buddy Doyle, AUSIMM, a Geologist of over 35 years’ experience in diamond exploration, discovery, and evaluation. A Qualified Person under the provisions of National Instrument 43-101.

Arctic Star has commenced exploration in Lac de Gras NWT on its Diagras Diamond Project next to the producing Diavik & Ekati diamond mines. The Company also owns 100% of the Timantti Diamond Project including a 243 Ha Exploration Permit and a 193,700 Ha Exploration Reservation near the town of Kuusamo, in Finland. The project is located approximately 550km SW of the operating Grib Diamond Mine in Russia. The Company also controls drill ready diamond exploration properties in Nunavut (Stein).