April 26th, 2022 Vancouver, British Columbia – Arctic Star Exploration Corp. (“Arctic Star” or the “Company”) (TSXV: ADD) (Frankfurt: 82A2) (WKN: A2DFY5) (OTC: ASDZF) is pleased to announce that the HQ diameter diamond drill program has begun on the Sequoia kimberlite complex. The first hole is situated 22 meters south of the original 2021 discovery hole. The proposed drill pattern is to drill a vertical hole to 200 meters in the interpreted east-west center of the kimberlite. After completion of the first hole a 2nd and 3rd angled hole will be drilled from the same site to the east and to the west until they exit the kimberlite. These are designed to find the country rock contacts of the north-south trending kimberlite complex. This pattern will be repeated at 200m spacings across the extent of the complex. This drill program will give an early first estimate of the geology, geometry, and tonnage of the kimberlite complex. Detailed core logging will define the different kimberlite phases and caustic fusion micro-diamond analysis will estimate the different diamond grades and populations.

The phase 2, high resolution, 75m line spacing, airborne, “Resolve” survey, flown by Xcalibur is now complete, giving full coverage of the entire 48,346 ha Diagras property. The data is being used to discern two types of drill targets, Class A and Class B. The Class “A” targets are new kimberlite like anomalies that, based on our compilation of historic data, have never been previously drill tested. The new geophysical data reveals several of these in both the magnetic and EM data. Figure 1 is an example of this style of target. 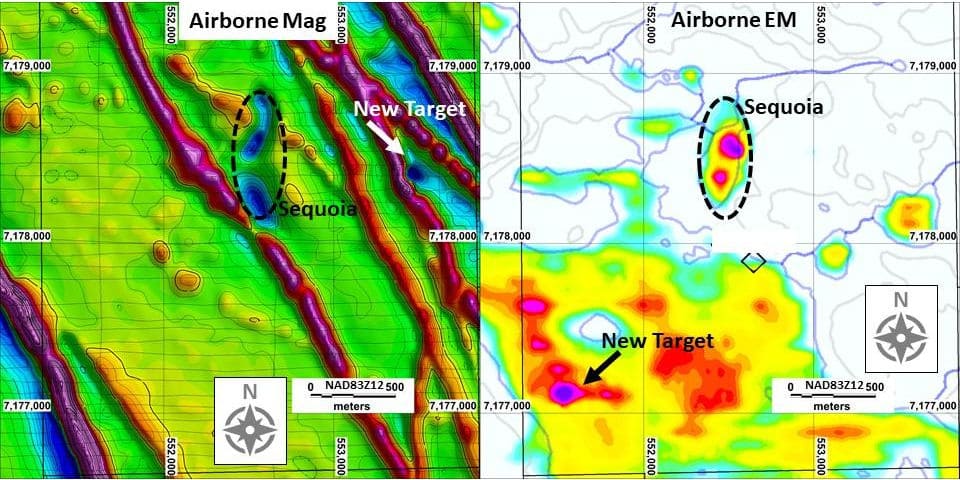 The Class “B” targets are the 25 known kimberlites on the property. The historic exploration tended to assume these kimberlites were classic single event, vertical, “carrot shaped” pipe like bodies as dictated by the kimberlite model. However, experience in the Lac De Gras kimberlite field, (an 80km by 120km ellipse containing >200 kimberlites of similar age), has demonstrated that many of the kimberlites are not single, but multiple eruptive events with multiple lobes forming complexes, with complex shapes. The Class B style target has been the focus of our exploration to date and in 2021 it led to the discovery of 5 new kimberlites confirming the concept. The new 75m spaced airborne data now at hand will short circuit the review of the remaining known kimberlites and surrounding areas. Figure 2 shows an example of this type of target. 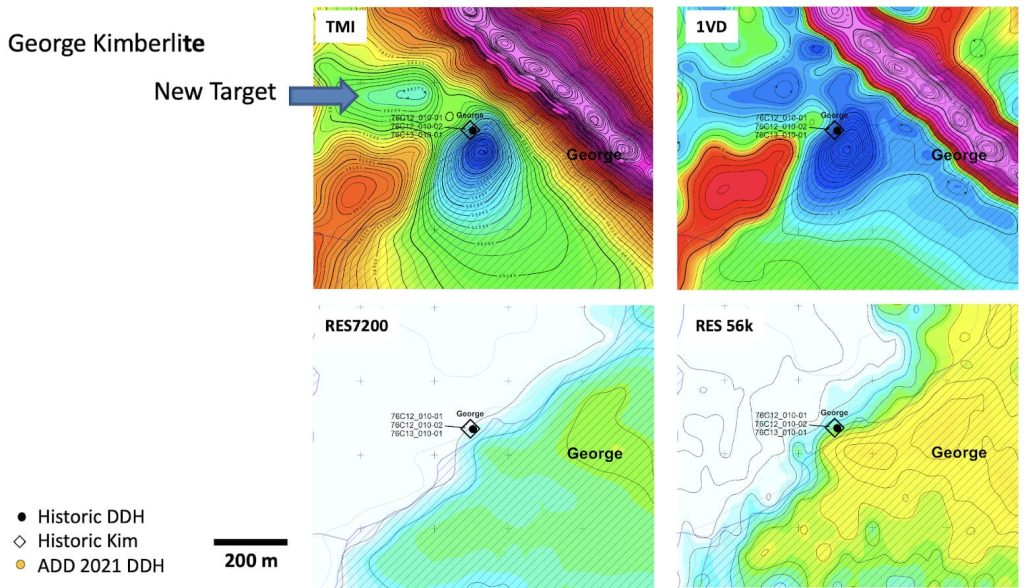 Figure 2 Images from the Airborne data, over the known George kimberlite showing an Interesting Class B type magnetic anomaly just north of the kimberlite suggesting this occurrence has a northern lobe.